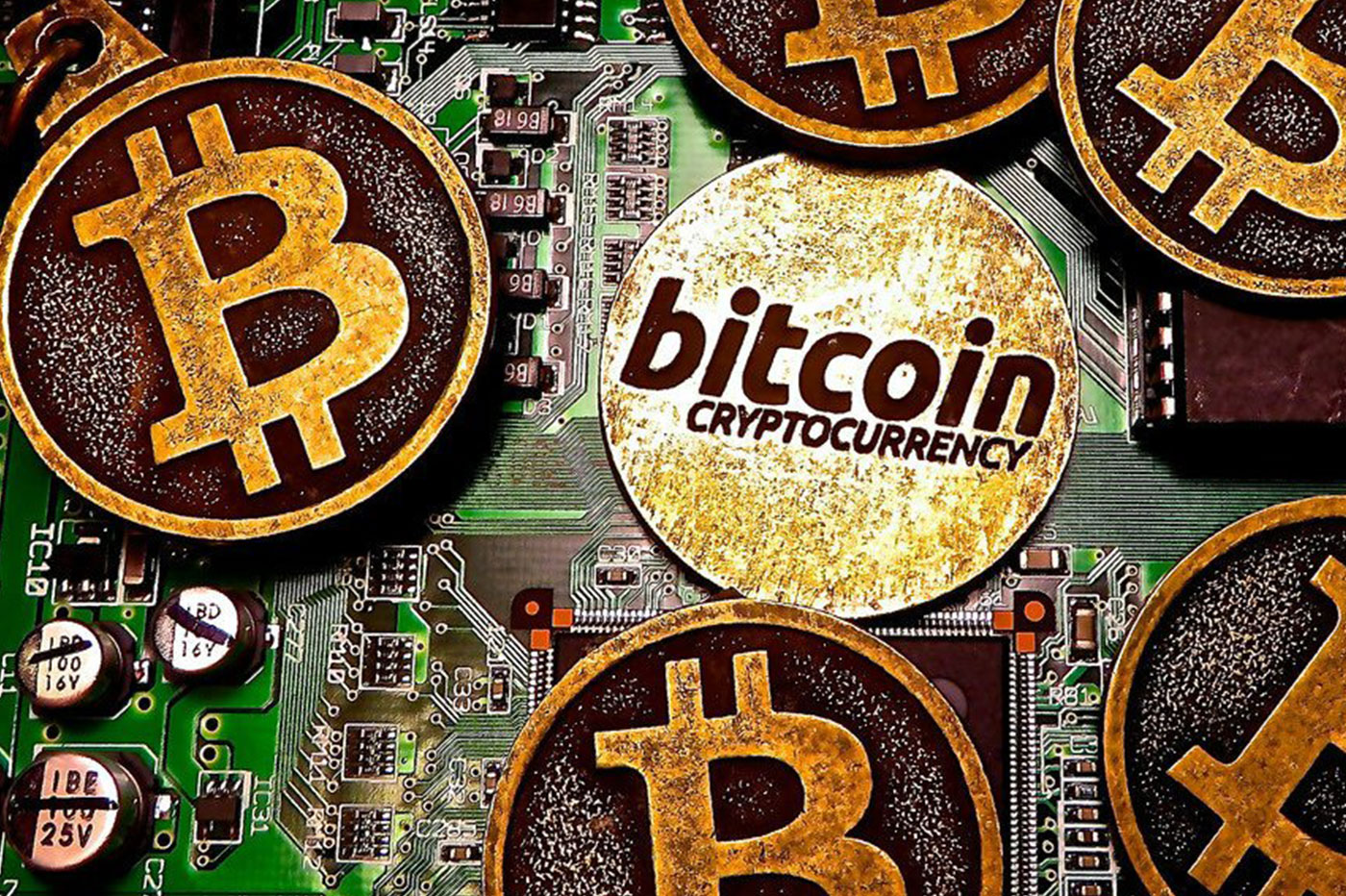 Our society is constantly changing. This truth applies on all levels, whether on the societal level, on the industrial level or even on the psychological level, human beings constantly mutate to adapt to their environment.

One of the recent changes that has changed our society began in the 20th century with the invention of computers and a certain TCP/IP protocol better known as the Internet. There were several pioneers at the origin of these fantastic revolutions like Alan Turing considered as the ancestor of the computer or Djon Atanasov and his ABC. These precursors have greatly inspired modern computer manufacturers and have triggered a first mutation that will be called ” the era of builders “. This revolution will quickly go beyond the borders of computing, it will affect all the hardware (the hardware representing the different parts that make up an electronic device) and will be at the heart of the problems of all the innovative companies of the time.

It is estimated that this era of manufacturers will last around thirty years, from 1960 to 1990. According to Alain Lefebvre, a famous computer scientist and French writer (who will publish a complete file on the subject), this period begins in 1960 because it is the when the industry really takes shape with the logic of series construction and the notion of a family of compatible computers. It ends in 1990 with the release of Windows 3.0.

1990 was the first turning point in the technological revolution since this year also marked the end of the reign of IBM, which had considerably dominated this period by being the first market capitalization in the world during the 1970s and 1980s. The release of the famous Windows 3.0 will propel Microsoft and Bill Gates to center stage. At this time, without knowing it, we are going to turn our gaze to a new type of duplicable product, instantly deliverable to the four corners of the world and without storage problems: software.

The era of manufacturers therefore comes to an end to make way for what could logically be called ” the age of publishers » of software. Only a few major manufacturers like IBM and HP will succeed in adapting to this transformation, but far from their past success.

This evolution can be explained by several reasons, although the main ones are strategic and economic (as will often be the case in technological changes). Hardware has the disadvantage of being very expensive: innovations, production, storage, etc. represent significant costs for the company while the deployment of software entails fewer constraints. However, the software is only of interest if it is coupled with the hardware and this is how the Apple/IBM and Microsoft/Intel couples will dominate the world for several years in order to make the transition between these two eras.

Quickly, this dominance will fade with the appearance of free software and later SaaS which will modify the relationship between the manufacturer and the publisher. Google is the perfect illustration of this new method of operation, it is both the most famous free software in the world but also for several years one of the major players in SaaS with Google Apps.

Apple and Microsoft will adapt well to these changes but in different ways, thanks in particular to the vision of their respective leaders. Apple is distinguished by its “hard, soft and service”, subsequently imitated by Samsung, its Korean counterpart. It consists of integrating the three pieces of the puzzle within the same company, Apple designs the Hardware (iPhone, Mac, etc.), associates its software with it (IOS) and offers its services in parallel (iTunes). This model will also give a whole new dimension to the mobile phone market which will itself mutate to become the smartphones we know today.

Microsoft, for its part, is becoming a reference in terms of Saas software (Software as a Service). SaaS is a software distribution model in which a third-party provider hosts applications and makes them available to its customers via the Internet. For the best-known Saas, we can cite the office pack from Microsoft or Salesforce.

The era of publishers is not yet over, according to some experts, it still has several good years ahead of them, particularly in the SaaS market. The tools are more and more simple to use, the publishers are multiplying and the supports too, computer, smartphone, tablets, connected objects,… the opportunities are not lacking.

However, a new era seems to have been emerging for some time and has experienced a marked acceleration during the year 2019, that of payment. In fact, we could even say that this new era has already begun. As early as 2008, the Orange group launched into this market in Africa with Orange Money. This service will attract more than 40 million customers and 17 African countries in 10 years. The tech giants will address this market a few years later, in 2014 for Apple (Apple Pay) and in 2015 for Samsung (Samsung Pay).

So the end of the first decade of the 21st century would mark the beginning of the era of payment? This hypothesis is not so absurd, especially since this period also corresponds to the Subprime crisis and the invention of a new technology: the blockchain.

10 years later, Orange Money is enjoying great success and in parallel, Blockchain technology and cryptocurrencies have come a long way and are now seen as the potential trigger for this era of payment. In 2018, Mark Zuckeberg, founder of Facebook unveiled the creation of a division dedicated to the field of blockchain. He chose David Marcus, former president of Paypal and former head of Facebook Messenger, to lead it. Less than a year later, Facebook dropped a bombshell on the global economy by officially announcing Libra, also dubbed Facebook Coin, Facebook’s cryptocurrency.

The potential of Libra is immense, Facebook could become the largest bank in the world in a matter of months and dramatically change the world today. Obviously, the project has generated a lot of reaction from major institutions and has opened the discussion on new topics around digital currencies. It is obvious, a new mutation is occurring. Tomorrow, the most important thing will not be knowing what you want to buy, but where your money is when it sleeps and how economic actors will be able to manage your portfolio.

History is made of change, the human being does not stagnate, he evolves, innovates and reinvents himself every day. He has increasingly sophisticated tools that allow him to go faster and further. I have the feeling that we are right in the middle of the next change and I find it thrilling to be able to observe it on a daily basis.

“Yesterday, big companies told you what to buy. Today, they tell you where to buy it. Tomorrow they will tell you how to buy it. » 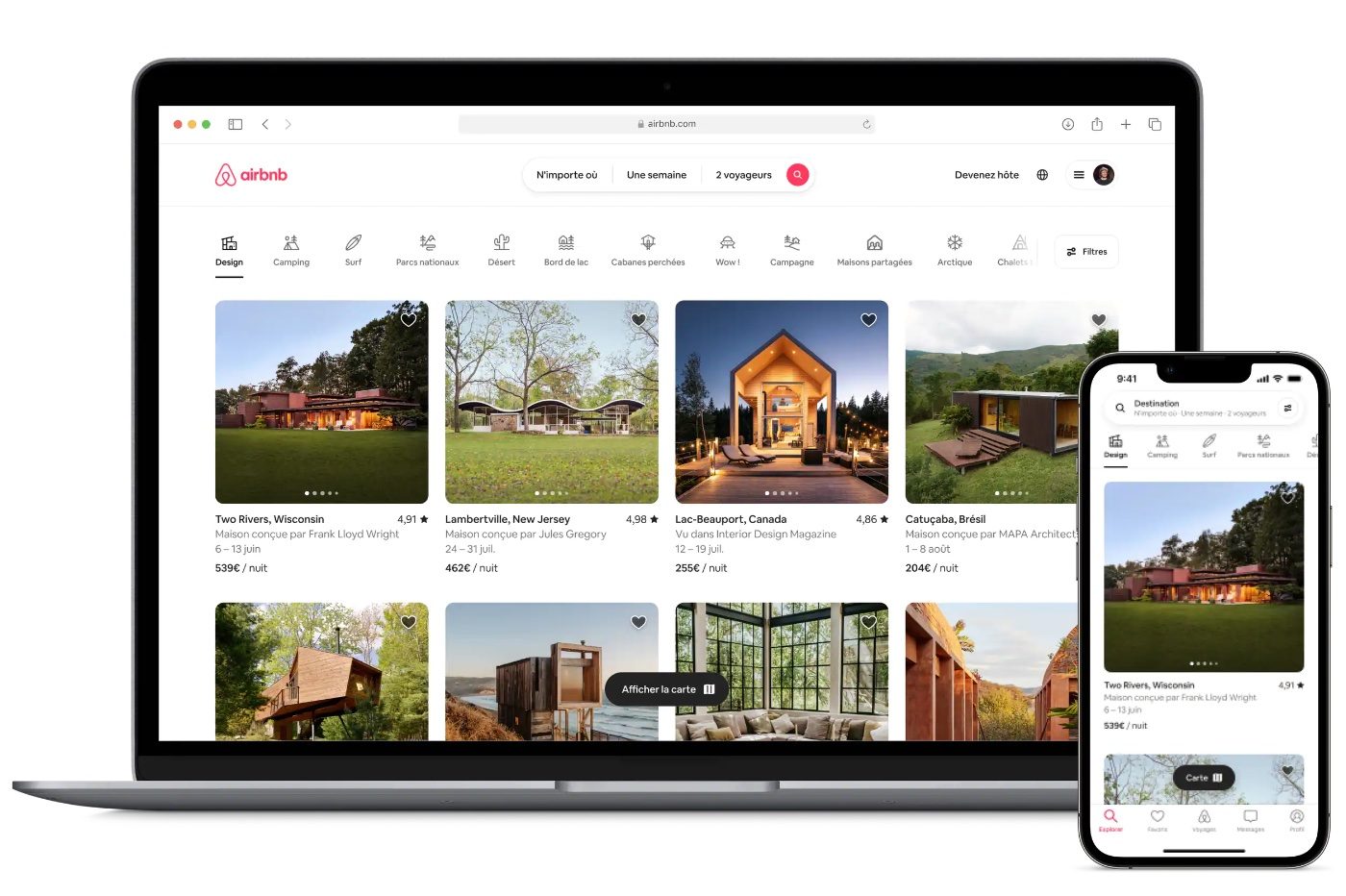 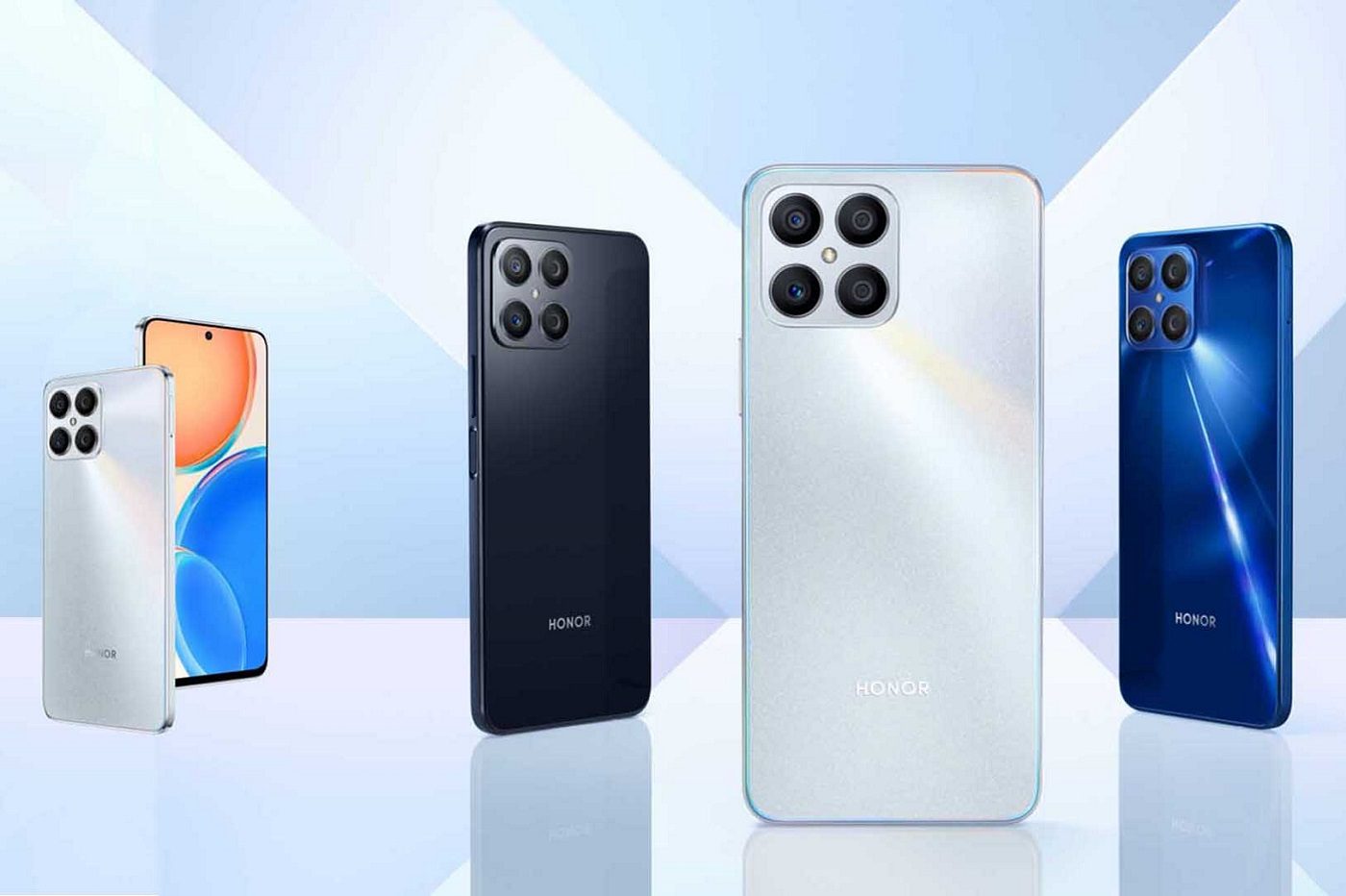 Treat yourself to the Honor Magic4 Lite 5G or the Honor X8 for only €1 at SFR! 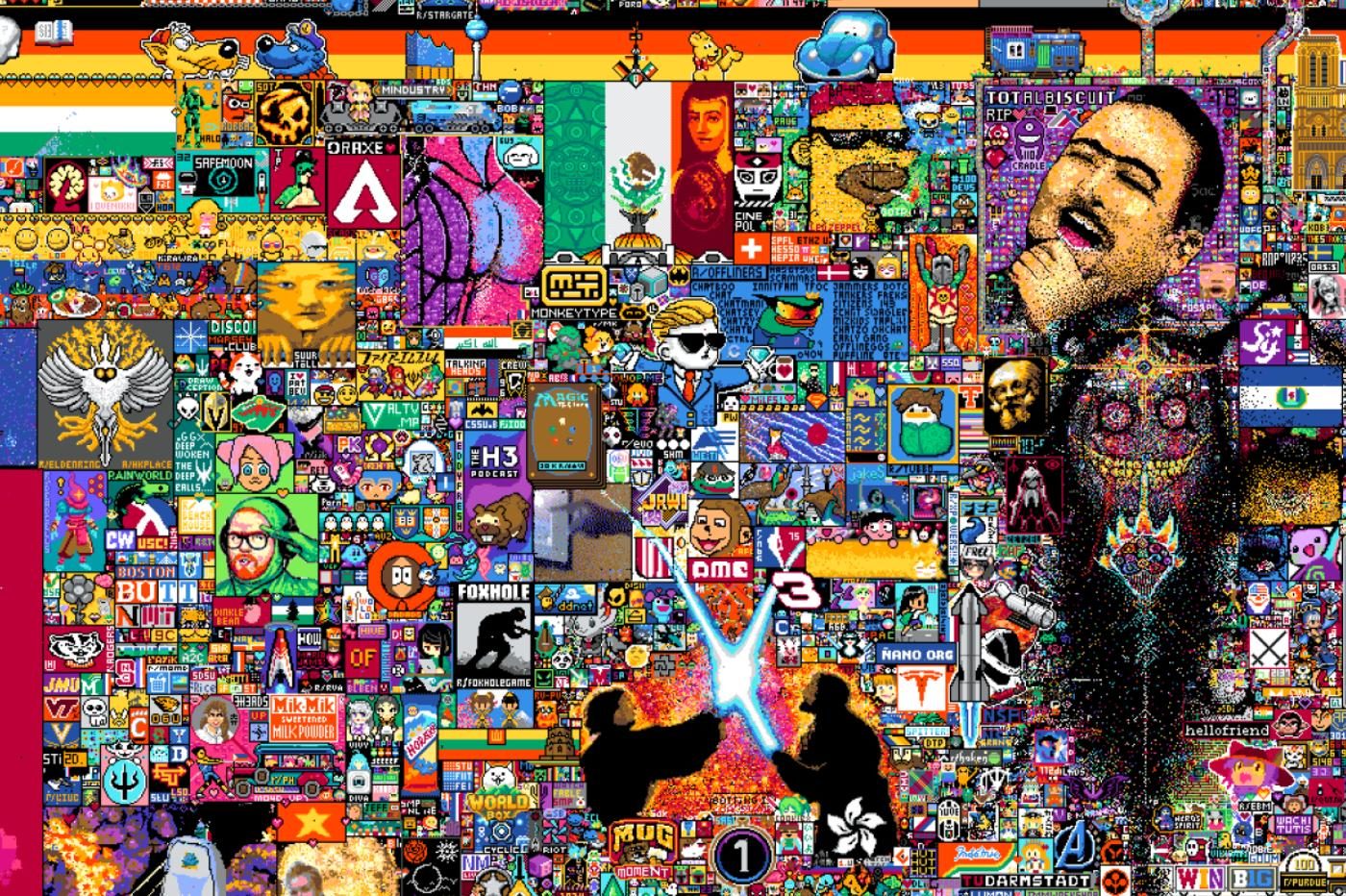 what is this “Pixel War” that is putting the web on fire and blood?