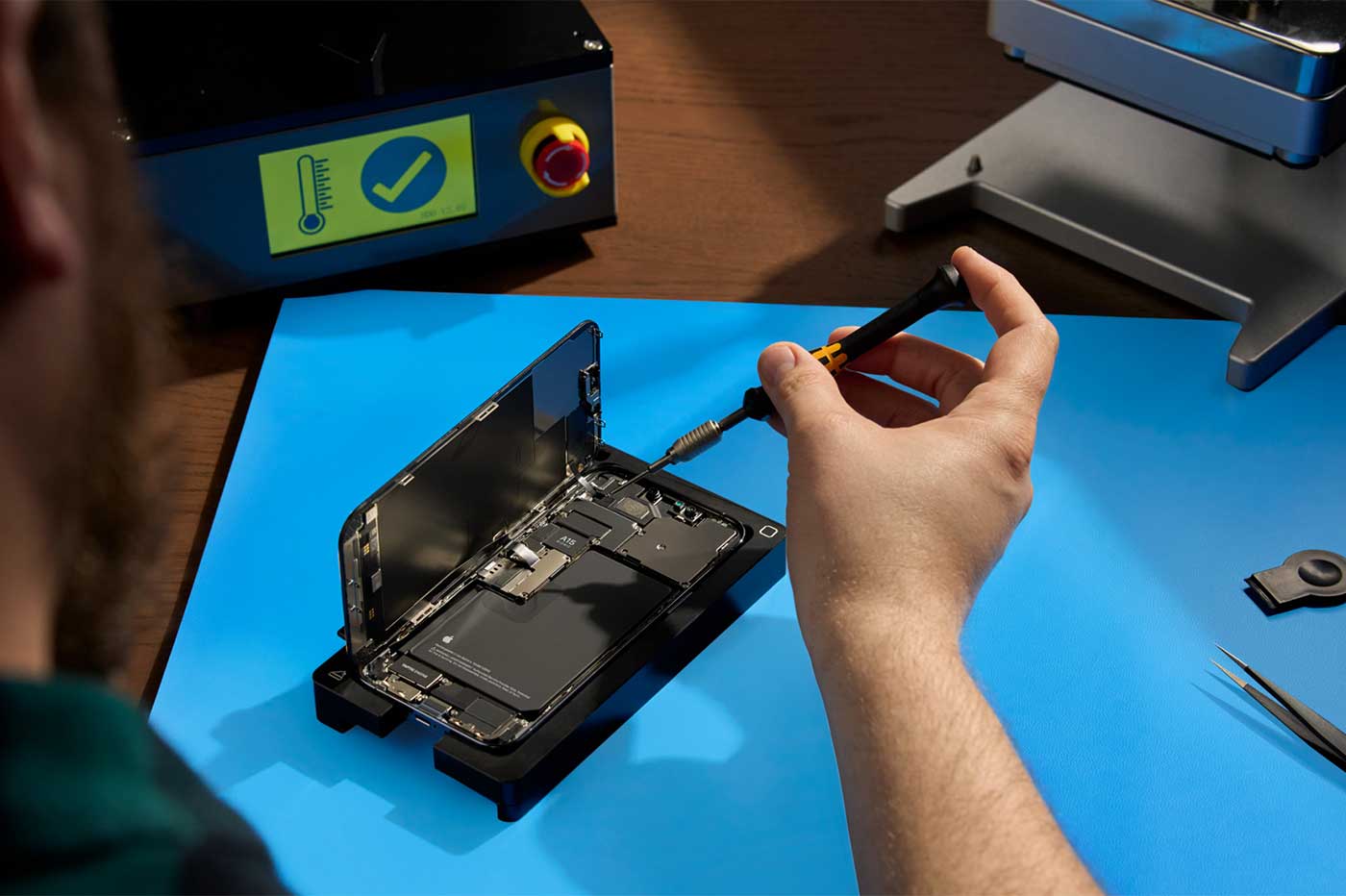 Apple now offers US consumers to repair their iPhone themselves. An interesting idea that clashes with the pricing policy of the apple brand.

Remember, it was last November and Apple created a surprise by announcing a self-service repair program. Long opposed to the right to repair, the Californian brand explained that it wanted to fight in its own way against planned obsolescence. An interesting initiative from a manufacturer who is trying to be more “green” than its main rivals. A few months later, Apple kept its word by launching this self-service repair service in the United States. This Self Service Repair program allows iPhone owners to repair their device themselves, with help from Apple.

The Cupertino-based company makes spare parts available for the iPhone 12, iPhone 13 or iPhone SE from 3and generation. In total, this new online store references more than 200 parts and tools such as screens, batteries or photo modules. The manufacturer does not stop there and also offers repair manuals for iPhones eligible for the program. On the apple site (in English), you will find a lot of information about the iPhone 12 and its variants, the iPhone 13 (mini, classic, 13 Pro and Pro Max) or the small iPhone SE 2022.

A complete solution that will later be extended to Macs running Apple Silicon. The program will also be available in other countries, notably in Europe.

An interesting initiative, but Apple can do better

Apple’s decision is a turning point for the brand, but the manufacturer continues to impose its own rules. A quick glance at the new shop shows that spare parts are barely cheaper than repair prices. The site The Verge evokes the case of the battery that Apple charges 69 dollars in a kit including a battery and screws for the iPhone 12 or 13; or $49 for an iPhone SE. These prices are exactly the same as those charged by the firm for the replacement of a battery out of warranty. The manufacturer does not hide it and confirms that it sells these parts at the “same price” to professional repairers. For information, the cost of replacing the battery of an iPhone 12 or 13 in France is 75 euros. The bill is 55 euros for an iPhone SE.

The observation is almost identical for the replacement of a screen. Apple is pricing $267.96 for a screen and screw kit for the iPhone 12, while an out-of-warranty repair costs $279 for this model. On the different variants of the iPhone 12, we see a saving ranging from 5 to 20 dollars. In France, the cost of replacing the screen of an iPhone 12/13 varies between 251.10 euros and 361.10 euros when the repair is carried out by Apple.

However, there is good news, repairing your iPhone yourself can save a few euros if you decide to send back the part you replaced. So an old iPhone 12 or 13 battery can fetch $24.15 on Apple’s repair site. For a screen, Apple offers a discount of 33.60 euros. The solution can be interesting for the battery, because it saves more than a third of the price of the kit. Note that these parts must be recycled by the firm, but iFixit indicates that they could be refurbished and reused.

Repair specialist, iFixit is rather critical of Apple’s program. The store welcomes the decision of Apple to turn to the right to repair; but she regrets that the firm did not go to the end of the process. She particularly regrets that Apple requires its customers to provide the IMEI number of the iPhone to be repaired. “This strategy cripples third-party repairs by causing them to lose functionality and scare them away, and could significantly limit options for recyclers and refurbishers, thereby short-circuiting the circular economy”says Elizabeth Chamberlain of iFixit.

The latter adds: “While this is a big step forward for repair and a game changer for mighty Apple, the program does not do what right to repair legislation is intended to do in the whole world […] Integrating a serial number check into the checkout process bodes ill and could allow Apple to block even more repairs in the future”.

Like Apple, Samsung and Google push you to repair your smartphone on your own

This program marks a significant change for Apple; which has often done the opposite by limiting the availability of spare parts. The idea is also trendy and Samsung or Google have announced partnerships with iFixit to promote self-repair. In recent years, the Fairphone brand has also been trying to offer more responsible and scalable smartphones.

Apple will have to open its iPhone under penalty of sanctions 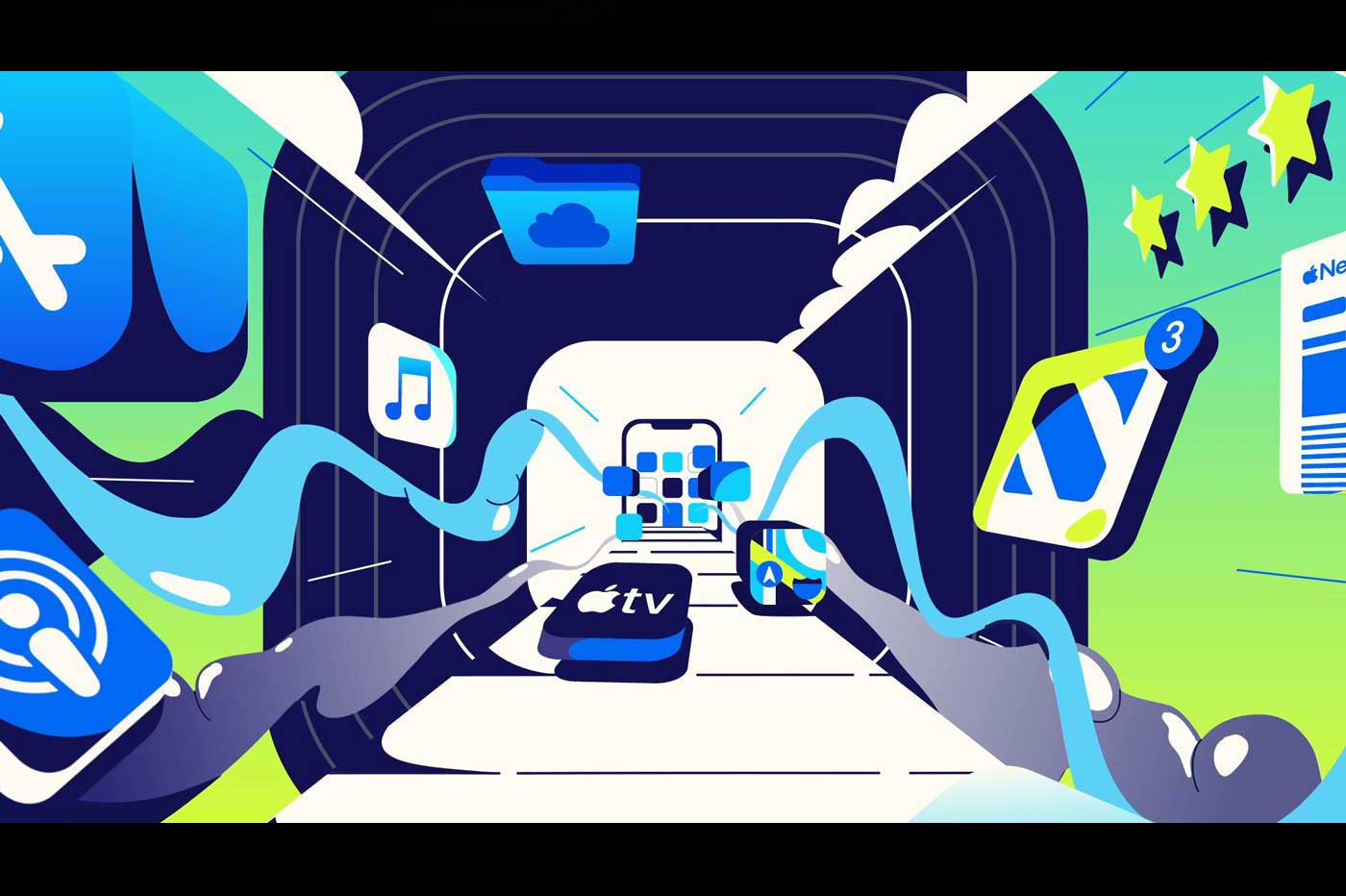 Why would Apple have an interest in offering its services (TV+, etc.) on Android?