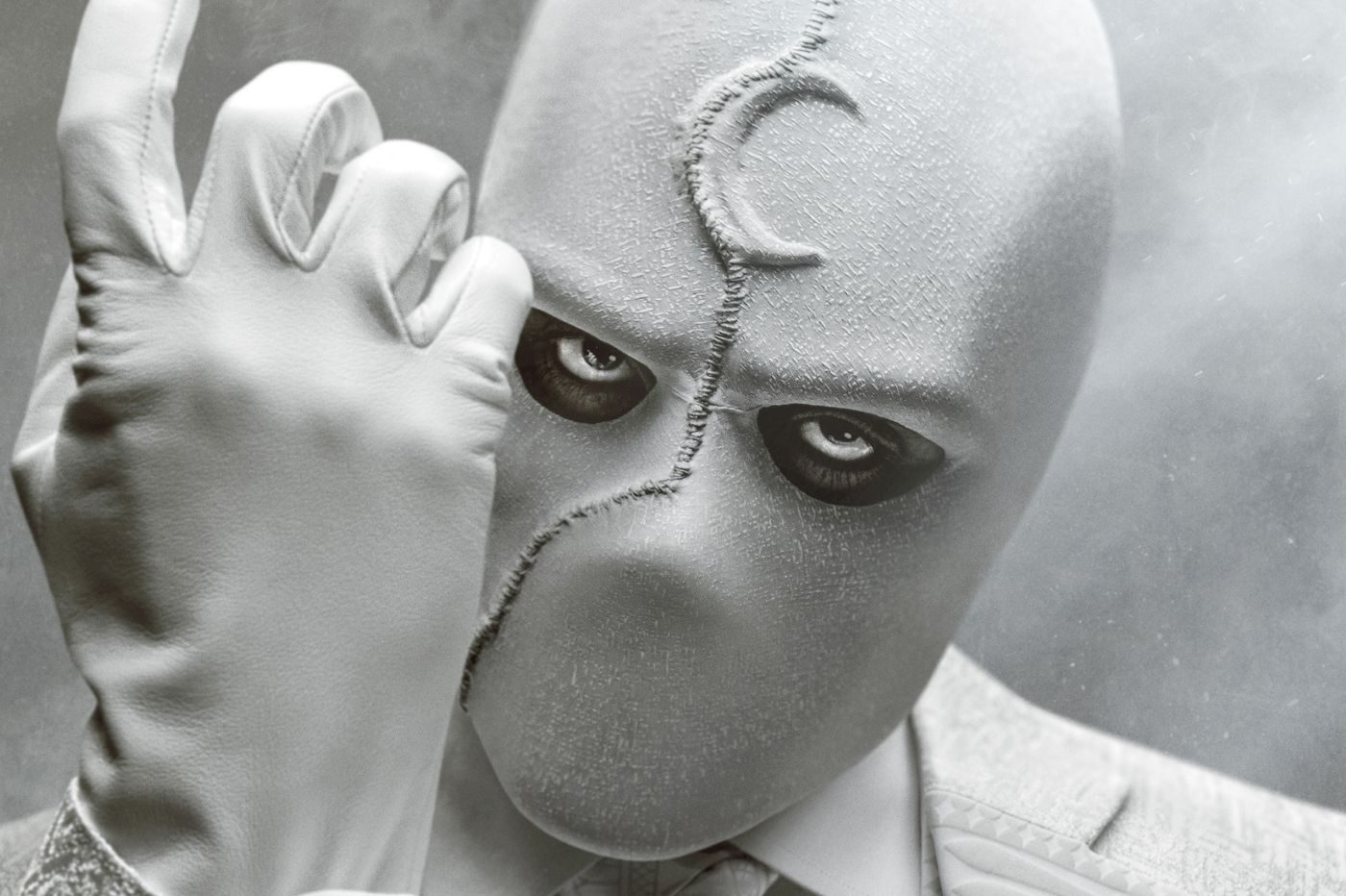 Marvel’s latest foray into Disney+, Moon Knight is reinventing the studios’ recipe a bit. Will the new series with Oscar Isaac succeed in landing the moon? Critical.

Would the Marvel recipe start to tire? Looking at the box office numbers, the answer to this tricky question is clearly no. Spider-Man: No Way Homethe latest film to date, has spawned no less than $1.8 billion in revenue, and confirms that the house of ideas is still far from having said its last word. She is advancing on conquered ground, or almost.

Because we could begin to observe a certain weariness among the spectators, who note with regret that the Marvel Cinematic Universe is having a hard time reinventing itself. If a few surprises slip in here and there, productions purely motivated by an artistic vision are rare.

We can cite recently The Eternals by Chloé Zhao, who put people at the heart of her story, and who freed herself from the visual codes of her elders. Wandavision also had its small effect, imposing itself like a UFO in its debut, before returning to a more classic formula in its last episodes. Moon Knight camped by Oscar Isaac allow Disney and Marvel to conquer a new audience?

A discreet employee of a souvenir shop, Steven Grant suddenly suffers from memory loss. Haunted by visions of another life, he discovers that he shares the same body as a mercenary named Marc Spector.

As the two men learn to tame each other, they embark on a perilous adventure where they will come across the most powerful gods of Egypt, but also the most dangerous adversaries.

The day and the night

Let’s say it right now, Moon Knight unlike anything Marvel has offered us in the past. The director Mohamed Diab plays the safeguards, and intends to describe his country in the most realistic way possible. He explained on several occasions that he wanted to move away from the look that American productions have on North Africa, and on this point it is rather successful.

His camera manages to immortalize with ingenuity the London and Egyptian settings, while having fun with the basic postulate to build his imagery. Helped by a montage with small onions, Moon Knight embraces its different inspirations, without ever falling into pastiche. A lunar dive into a universe that is just as much. Marvel had a hollow nose when it recruited a director from independent cinema.

Thanks to Aaron Moorhead and Justin Benson, Moon Knight also makes an incursion on the side of horror. The two filmmakers bring their mastery of the genre to perfect the picture, all games between darkness and light. Nevertheless, we stay at Marvel, the series should not give you nightmares. It is not part of the series prohibited for children on the platform, like Pam & Tommy Where dopesickthe cherubs will therefore be able to discover it without worries.

Note that on the digital effects side, the copy is almost as perfect, especially when it comes to presenting the divine characters created for the occasion. This is particularly true for Khonshu, the bird-headed colossus to whom Mark owes his resurrection.

Marvel has hatched a monster that looks like Egyptian mummies, with a very characteristic look and certainly inspired by that of the comics. A real work of texture which is also found on the side of the costumes, incredibly neat in this series which sounds like an invitation to travel.

For the first time since the arrival of the Marvel Cinematic Universe on the small screen, spectators will be able to discover a completely new character. Exit the Avengers spin-offs, Disney + is doing something new.

The platform tackles a rather interesting character, and wants to approach psychiatry through its prism. Marvel thus recruits Oscar Isaac, who has established himself as an unmissable pop culture. After a remarkable passage in the Star Wars galaxy, where he played Poe Dameron, the actor abandons his boy scout costume for a less Manichean score.

A challenge since it is not only a character that he must embody, but two protagonists with very different personalities. Isaac comes out with the honors, impeccable in each of his appearances. Whether playing the clueless and emotional museum guard or the rustic and ruthless American soldier, the actor delivers a performance that is bluffing with sincerity, and manages to give body to the story with his interpretation.

He gives the reply to other actors of his caliber, starting with Ethan Hawke, ultra convincing in the skin of the guru. May Calamawy is also doing admirably, and her character has many surprises in store.

One should not either neglect the participation, certainly only vocal, of F.Murray Abraham in the role of Khonshu. The actor, who gave us a few giggles and also a few tears in MysticQuestlives up to its reputation.

We will also have a moved thought for Gaspard Ulliel, who recently passed away and who made a brief appearance in one of the four episodes that were presented to us. With his angel face and his sincerity, the French actor bursts the screen. All this still leaves a bitter taste, we would have liked to find out what Marvel had in store for him in the future.

It is very difficult to know what makes Moon Knight a real success, as we find familiar elements in the construction of the plot, Marvel did not invent the pyramids, but delivers a singular work in an ultra-codified universe. From the staging to the treatment of its subject, Moon Knight surprises us in several respects.

One could put that down to the darker tone of the work as a whole, but it’s far from the first time a Marvel production has taken this route. Daredevil had particularly succeeded in his venture in the genre, transforming the adventures of the masked superhero into a real detective thriller in the underworld of the New York underworld.

Steven S. DeKnight’s series not being officially registered in the MCU register, we can thus consider Moon Knight as a first for the House of Ideas.

Antique Treasure Hunts The Mummysplit personality fight club, hard not to see where the work of showrunner Jeremy Slater took its roots. However, Moon Knight brings a breath of fresh air to the MCU, without depriving us of what we love the most: great entertainment and action in spades.

The rise of Moon Knight is therefore successful, at least in these first episodes. The surprises should be numerous, so we will carefully follow the last chapters which will be offered every Wednesday morning for six weeks on Disney+. 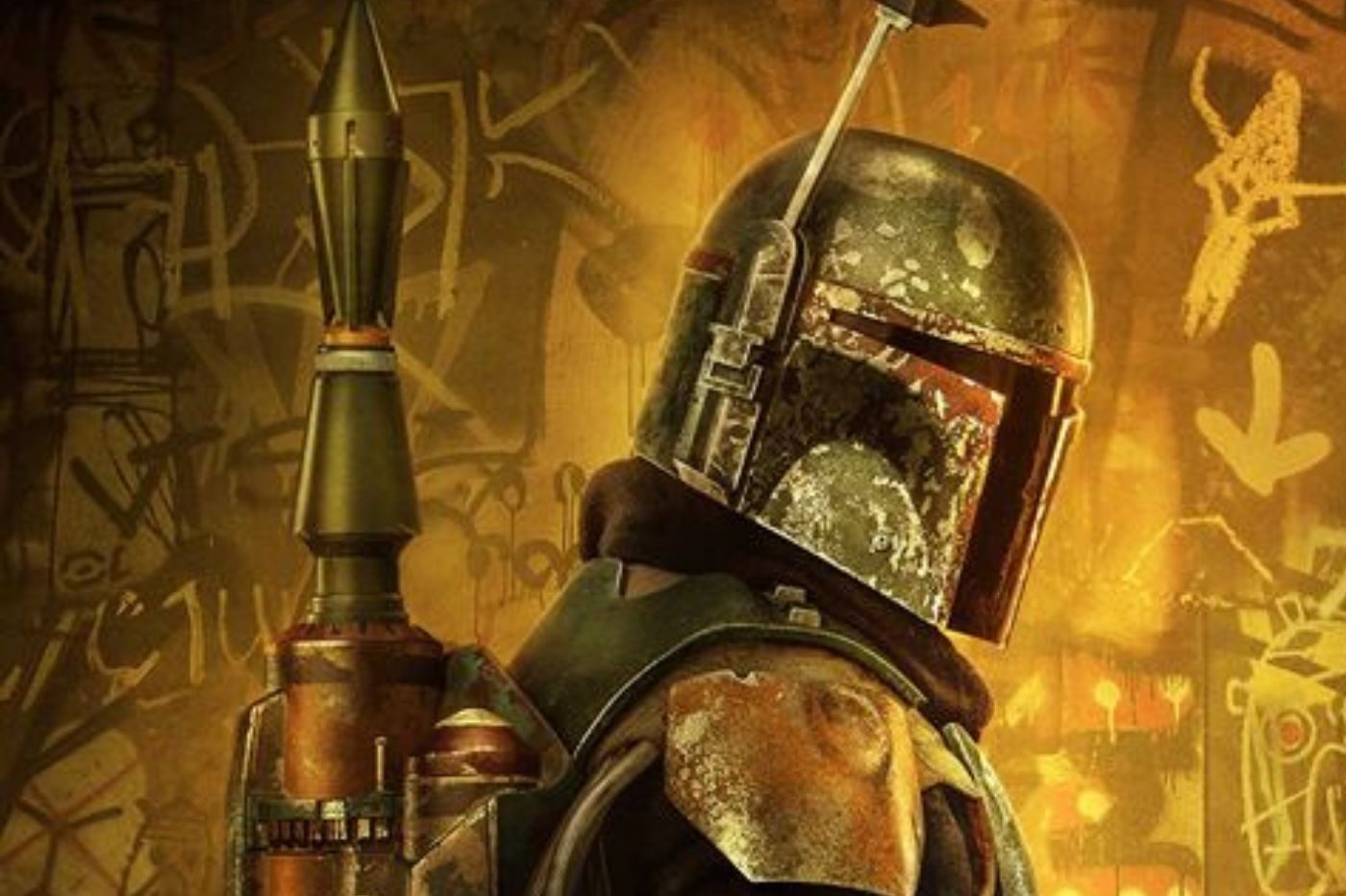 when will season 3 be released on Disney+? 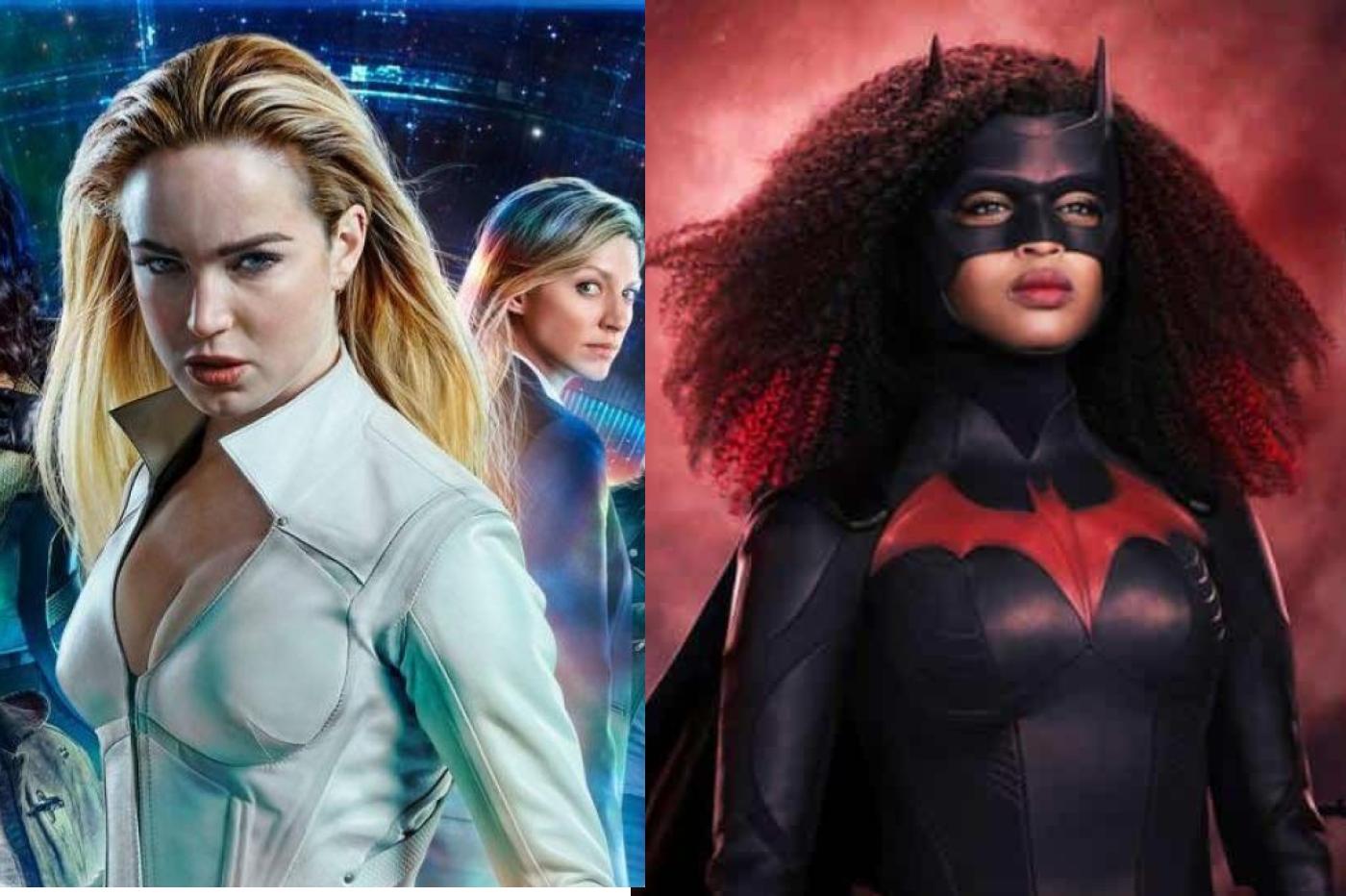 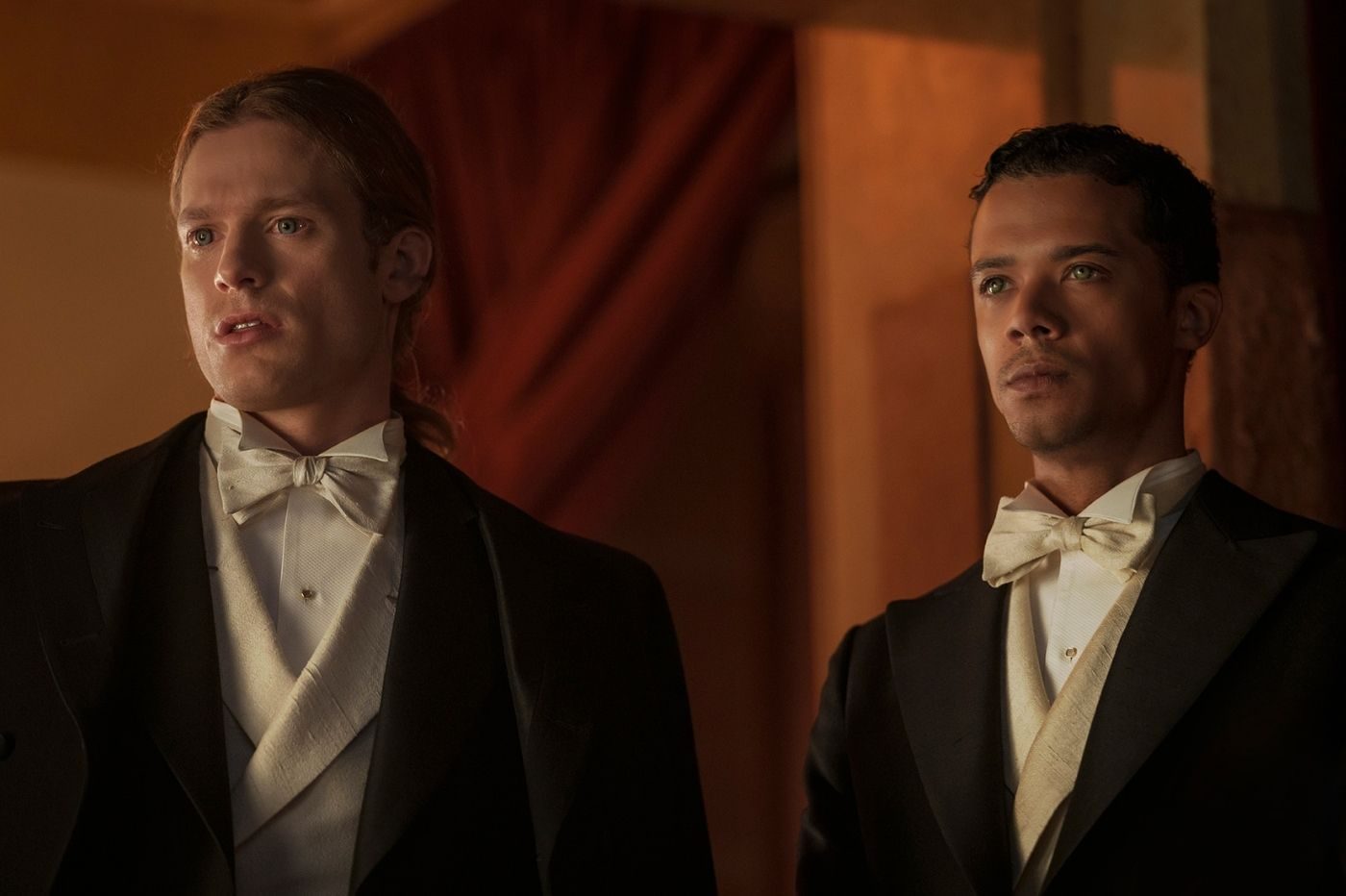 After the zombies of The Walking Dead, AMC attacks vampires