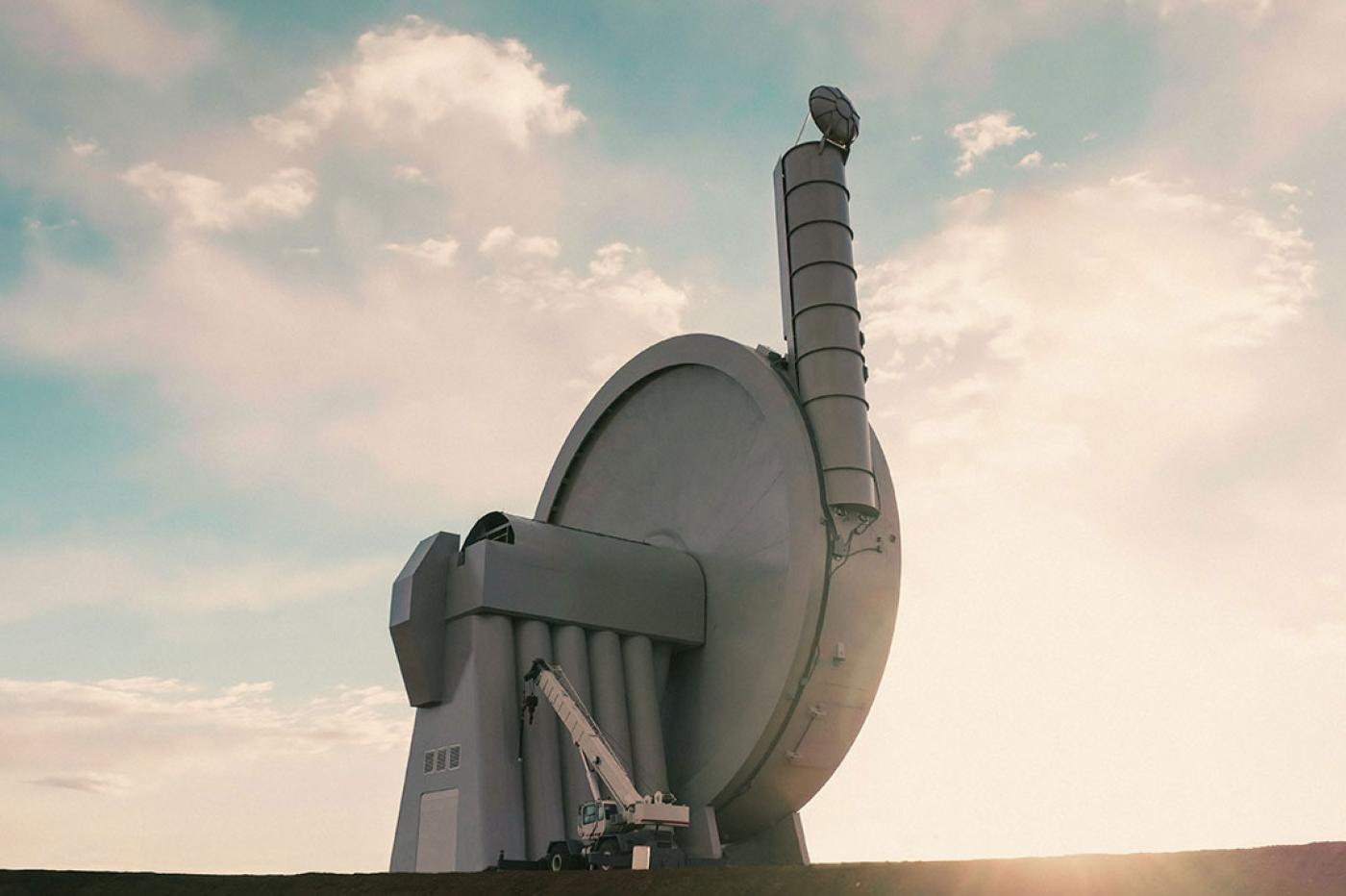 NASA has signed a partnership with the firm SpinLaunch, which is developing a revolutionary accelerator based on centrifugal force.

Last November, we told you about SpinLaunch, a company that wants to use centrifugal force to make it easier to put small payloads into orbit. Apparently, the concept intrigued NASA a lot; the American space agency has therefore signed a partnership with the firm. They will now test together the viability of such a system in the context of certain routine operations, in particular those aimed at low orbit.

Conceptually, the idea of ​​SpinLaunch is surprisingly simple. The first step is to confine the payload to orbit in the Suborbital Accelerator Launch System (SALS). It’s a huge circular vacuum chamber that functions as an acceleration enclave.

Once inside, the assembly is rotated around an axis. Thanks to the vacuum that reigns in the chamber, the machine can thus accelerate to phenomenal speeds in complete tranquility, without having to fight against the friction generated by the molecules of gas in the atmosphere.

When sufficient speed is finally reached, the load is disengaged from the axis; because of all the kinetic energy accumulated during the first phase, the craft finds itself catapulted at prodigious speed through the chimney – exactly like a pebble thrown by a slingshot. The only difference is that this object will go much higher and faster. According to SpinLaunch, the projectile could theoretically exceed 8000 km/h without any problem.

The concept might seem outlandish, but it’s not some fad straight out of science fiction. SpinLaunch demonstrated this during a rather impressive proof of concept in October 2021. With its A-33 prototype, it managed to send a 3-meter-long projectile to several kilometers in altitude by accelerating it at more than 1600 km/h thanks to centrifugal force alone. And the machine was only operating at 20% of its capacity!

Suffice to say that the SpinLaunch accelerators still have some reserve… and yet this is only the beginning. The current enclave is already impressive, with its 33 meters in diameter. Still, she’s pretty ridiculous compared to the monster that SpinLaunch plans to assemble. Its objective is to produce a SALS almost three times larger, with 90 meters in diameter. She could thus send even heavier objects even higher.

Limit the constraints related to take-off

In real conditions, however, this SALS will not be sufficient on its own. Its role will be to accelerate a machine to bring it closer to the frontier of space. This is a far from negligible contribution; it will immensely facilitate putting into orbit by making it possible toavoid the main logistical constraints related to take-off.

Indeed, to put a machine into orbit, it must meet two criteria; it must follow the right trajectory, but above all travel at a very high speed and very precise. He can then achieve an almost perfect balance between the forces which move the object away from the Earth and the gravitation which brings it closer; we then speak of orbit.

To allow an object to reach this speed, it is obviously necessary to transmit to it a certain quantity of energy which depends directly on its mass (see the concept of Delta-v for more details). Usually, the rocket takes care of this itself using a rocket engine.

But rockets then face a problem hikers know well. To go far, you have to carry a backpack full of resources; but this one tends to be very heavy, especially at the beginning of the trip. And that can be exhausting.

It’s the same in a rocket; you have to be able to “carry” the heart of the vehicle, but also all the fuel needed for the ascent. And this one weighs excessively heavy; for example, these fuels represent up to 91% of the total weight of a Russian Soyuz rocket!

In practice, this means that the majority of the fuel is not used to propel the payload itself, but rather the rest of the fuel that will be consumed during the climb. Moreover, when the vehicle is close to the ground, it must struggle even more to overcome the gravitational forces which pull it inexorably downwards; the closer one starts from a point to sea level, the more the power of the system must be increased.

The challenge is therefore to limit the quantity of energy that the vehicle must produce itself, and by extension the quantity of fuel that it must carry. And that is precisely what this SALS is for. At first, there would no longer be a need to exponentially increase the amount of fuel just to…carry the rest of the tank.

This has several obvious advantages in terms of logistics, operational costs, and (possibly) the environment. Thanks to the enormous acceleration provided by the SALS, SpinLaunch claims that it would be possible to reduce the amount of fuel needed to launch more than 70%. The total launch cost could even be divided by ten.

In addition, a SALS relies on a electric motor. It therefore makes it possible to avoid the phase of filling the tanks and to carry out a large number of launches in a relatively short time interval. SpinLaunch is therefore positioned as a clean, economical system, and particularly well suited to routine operations in low Earth orbit.

A future standard for operations in low orbit?

But this system is not free from constraints. The first, and the most obvious, is that the machine will necessarily be subjected to absolutely colossal forces during this initial acceleration phase. This means that in the absence of a revolutionary solution, our poor human body would quickly be reduced to bloody marmalade. The SALS will therefore be reserved for payloads capable of absorbing tens of g.

Despite these limits, NASA still considers this to be a very interesting avenue in the current context, where access to space is becoming more democratic at full speed. Indeed, it seems obvious that these routine launches will continue to become more and more frequent. It is therefore becoming urgent to develop launch systems that are better suited than the traditional rocket engine; and the SpinLaunch proposal is one of the most promising avenues at this level.

It will therefore be very interesting to follow the progress of this collaboration. If it goes well, we could gradually witness a real paradigm shift on the side of light launchers. RocketLab, the current specialist in light load launches, better watch out! 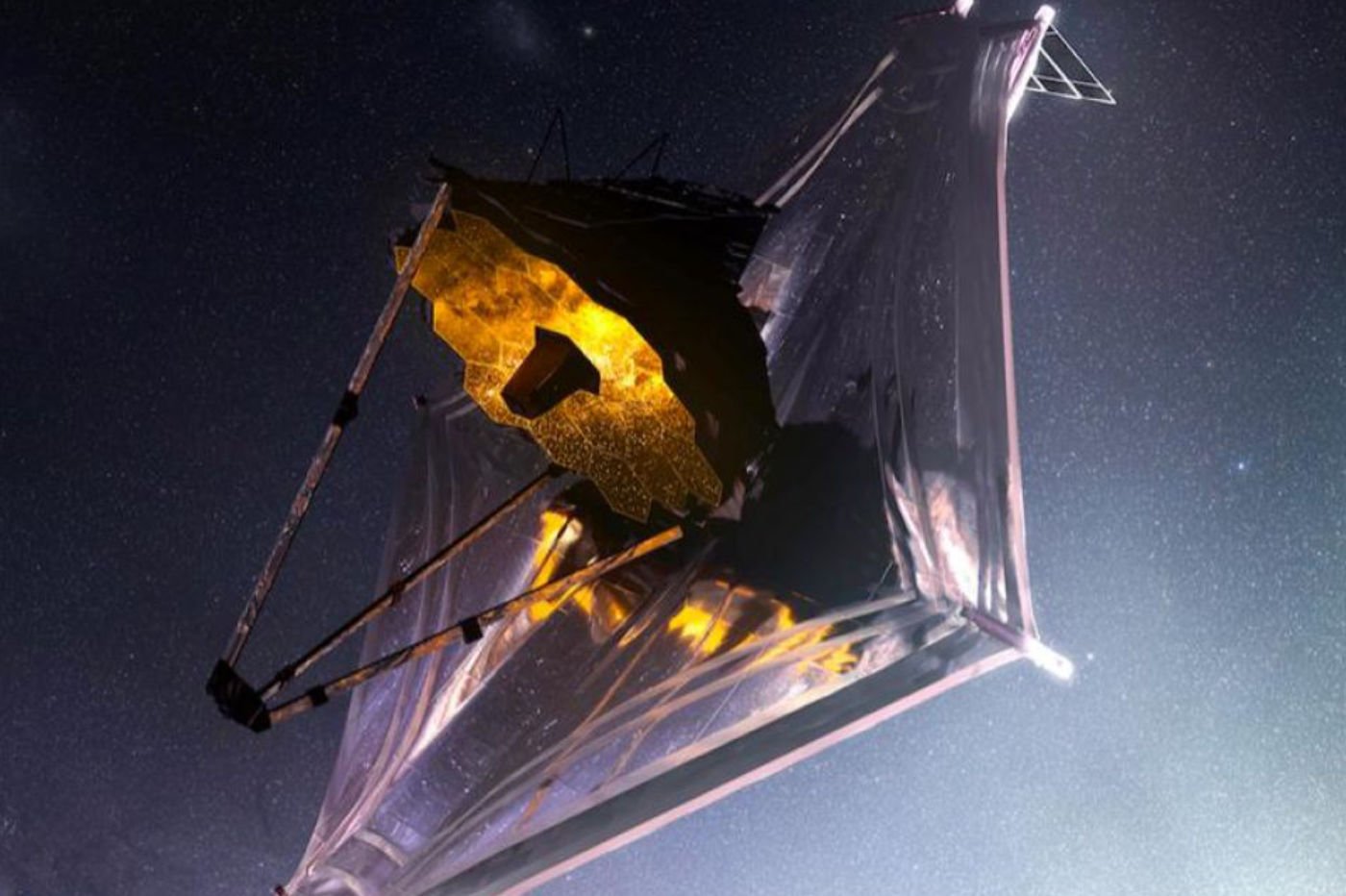 the telescope is icy, but that’s a good thing 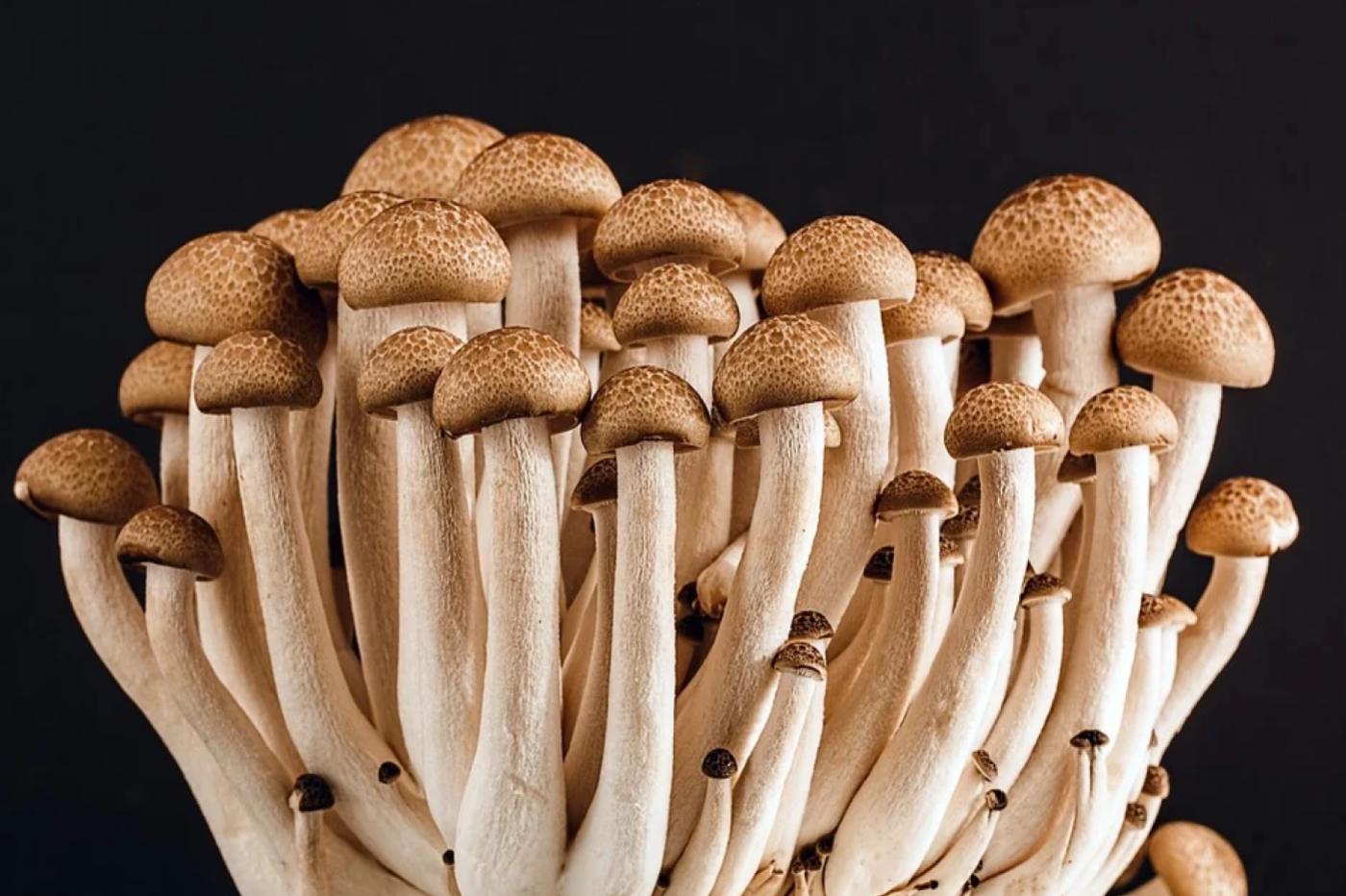 Mushrooms “talk” to each other with a specific electrical vocabulary 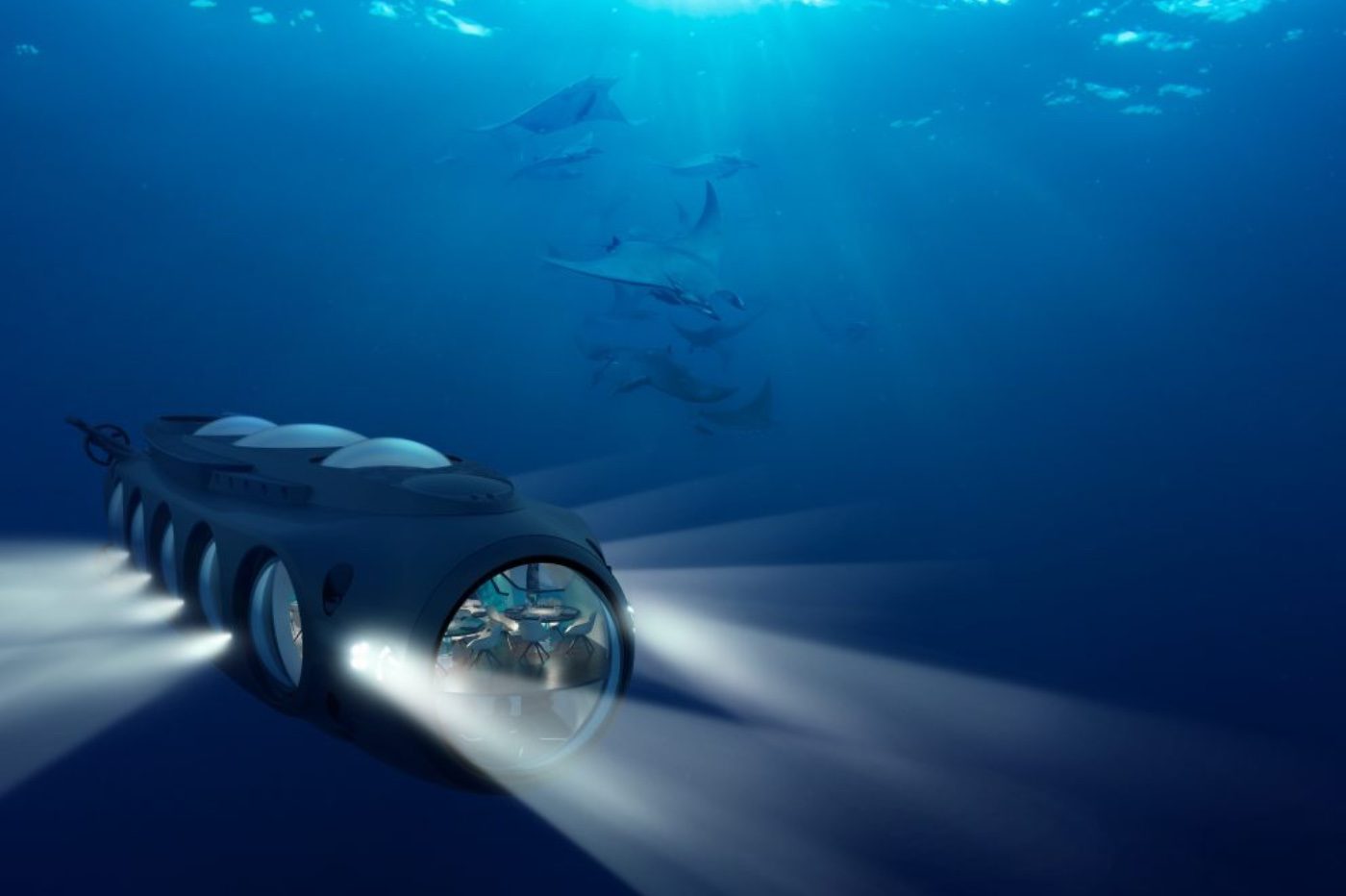