With an 8th Generation Intel Core i7 processor and an Nvidia GeForce RTX 2070 Max-Q video card, the MSI GS75 Stealth turns out to be one hell of a nomadic racing beast.

New MSI GS75 Stealth took advantage of NVIDIA’s announcements at CES, to present itself with not only a GeForce RTX2070 Max-Q in its bowels but also a very interesting weight/power ratio. Thus, thanks to its design, PC Gaming on the move has never been so true.

In terms of packaging, nothing very specific since we obviously find the MSI, documentation for a first grip, the transportable charger. Count 2,700 euros for this 8SF-099FR model with an RTX 2070.

While we are used to a certain design when we talk about gaming laptops (these are more portable PCs than laptops), gaming ultrabooks are still a rare commodity. However, there are futuristic lines that perfectly underline the difference between a PC dedicated to gaming and a PC dedicated to office automation. This is all the more obvious as the GS75 Stealth is less than 2cm thick, thanks to NVidia’s Max-Q!

It’s only when you have it in front of you that you realize how far you’ve come since the first gaming laptops! The brushed aluminum chassis is black with copper-colored inserts, which allows for a more “grown-up” overall design compared to more traditional gaming laptops. Everything offers a good finish even if we still regret that the brushed aluminum takes so many fingerprints.

In terms of connectors, there are no less than 3 Type-A USB 3.1 ports, two Type-C USB 3.1 ports and a USB-C Thunderbolt 3 port. There is also an HDMI 2.0 port. A lot of progress overall and we are happy to see how the Type-C is gradually imposing itself. The keyboard of the GS75 Stealth is Chiclet type and it comes from Steelseries, everything is RGB backlit. It’s up to you whether or not you want to activate this backlight and if so, define the colors. But the most important thing is the quality of typing and on this point, MSI and Steelseries do not disappoint! Of course, it’s not a mechanical keyboard, but quite honestly, I’ve been playing on gaming laptops for quite some time and the MSI is still doing well. I might just fault it for the relatively small number pad. If you’re used to using it, you might be disappointed.

Even if I haven’t used the trackpad too much, note that it is large and precise, it responds well but who uses it to play? The trackpad is in any case pleasant with a good playing surface, good precision and above all a good coating.

In the absence of 4K, the screen of the MSI GS75 Stealth offers, to our delight, a refresh rate of 144Hz and a response time of 3ms. If it’s good for FPS, we regret a little that it is not G-Sync or FreeSync certified. In fact, it does not change much except that you will now have the possibility of having 144Hz on the move and that is not nothing. Apart from that, the MSI’s matte screen does quite well with good brightness and good contrast, even if it’s far from being the most contrasty. This is more than enough for video games, but most photographers among you may find the screen a little tight.

Finally, for the sound part, it is provided by DynAudio. Its 2.1 system equipped with Giant Speaker was satisfactory and for the majority of gaming tests, I did not notice the need to put on a headset, except perhaps in Competitive mode at OverWatch. The sound is balanced and I was pleasantly surprised by the bass.

If today the performance of the devices now exceeds our uses, with an 8th Generation Intel Core i7 processor and an Nvidia GeForce RTX 2070 Max-Q video card, the MSI GS75 Stealth turns out to be one hell of a racing beast! So yes, it’s still below a good old desktop PC with desktop components (the frequency is lower for better autonomy and better heat management) but on the move, it’s still impressive.

Recently available on several games, Ray Tracing impresses in some cases. Ray tracing simulates the physical behavior of light to deliver cinematic real-time rendering of unprecedented beauty, even in the most intense games. Take Metro Exodus or even the latest Battlefield, some passages definitely have nothing to do with the graphics of my desktop PC which nevertheless runs with a 1080! Afterwards, remember that we only have a 17.3-inch Full HD screen here, and with a card like the 2070, we could even say that it is sometimes underused. It will therefore be difficult to fault this gaming laptop on the latest games.

With NVIDIA RTX cards, you also get DLSS. Super-sampling via Deep Learningest, this technology harnesses the power of deep learning and artificial intelligence to display ultra-sharp images, up to 2 times faster than previous generation GPUs with anti-aliasing techniques traditional. Unlike Ray Tracing, DLSS is much more present on the latest games, and we must admit that the difference is much easier to see.

Well, like any self-respecting PC, we are entitled to Windows 10 and in any case, to play, it is an obligation so we are not going to complain on this point. While the MSI comes with quite a bit of third-party software that you’ll uninstall like months fairly quickly, there are some important ones like the MSI Control Center. This is Dragon Center and it is an application that will allow you to monitor what is happening at the hardware level on your PC, to make modifications, to play with the backlight colors (keyboards, etc.) , to activate the Turbo mode of your processor and your graphics card, to manage the fans so that they can turn at full power or not, to create a system image, to calibrate the battery and to optimize the sound or even the screen.

With such a machine, LANs could become trendy again. The MSI GS75 Stealth is above all a complete and powerful PC. And thanks to Intel and Nvidia, it’s also ultra-portable. If desktop PC advocates will criticize it for not being perfect, it is undeniable that the GS75 is positioned as one of the best solutions for gaming on the go. The future we’ve been hoping for since the beginning of gaming laptops is finally here, and it has a price! 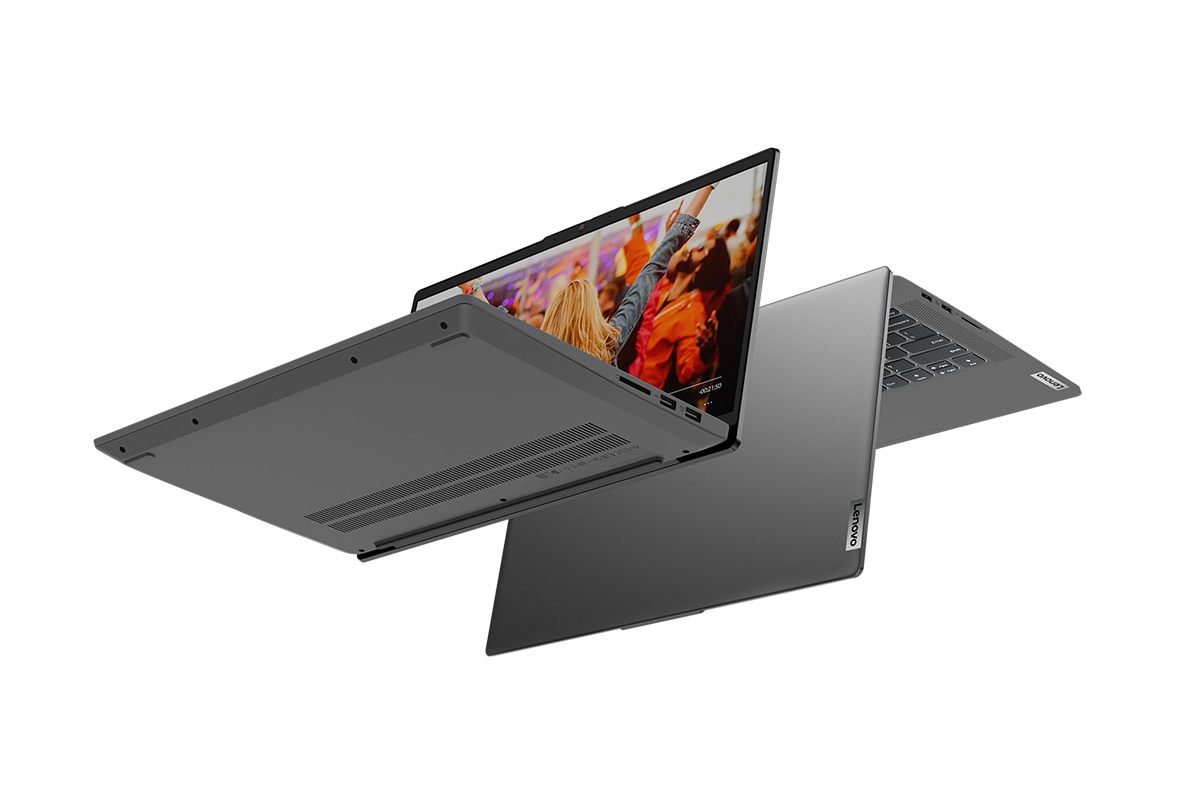 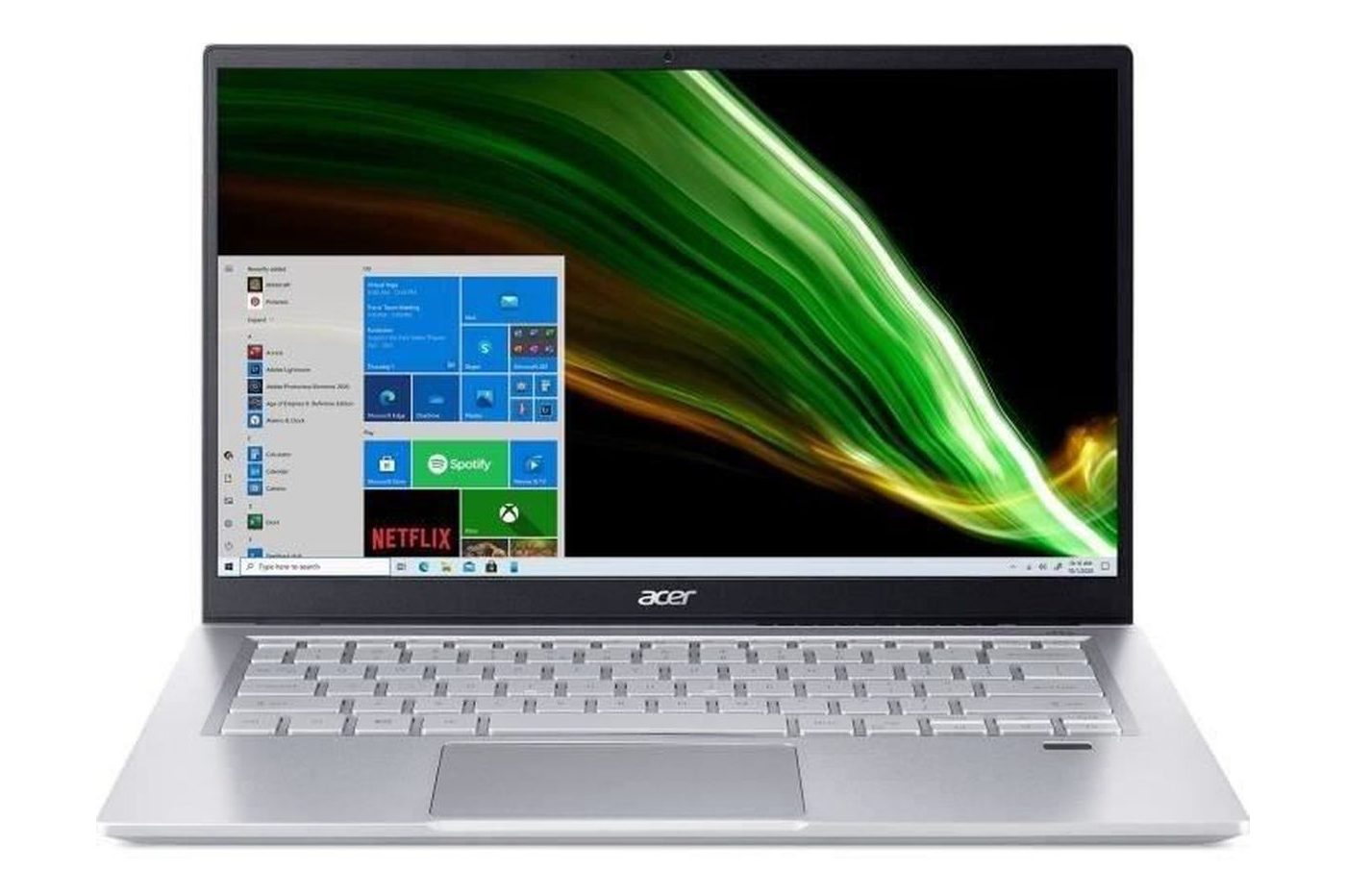 More than 400€ reduction on the Acer Swift 3 laptop!

An adorable micro-pc with some real arguments