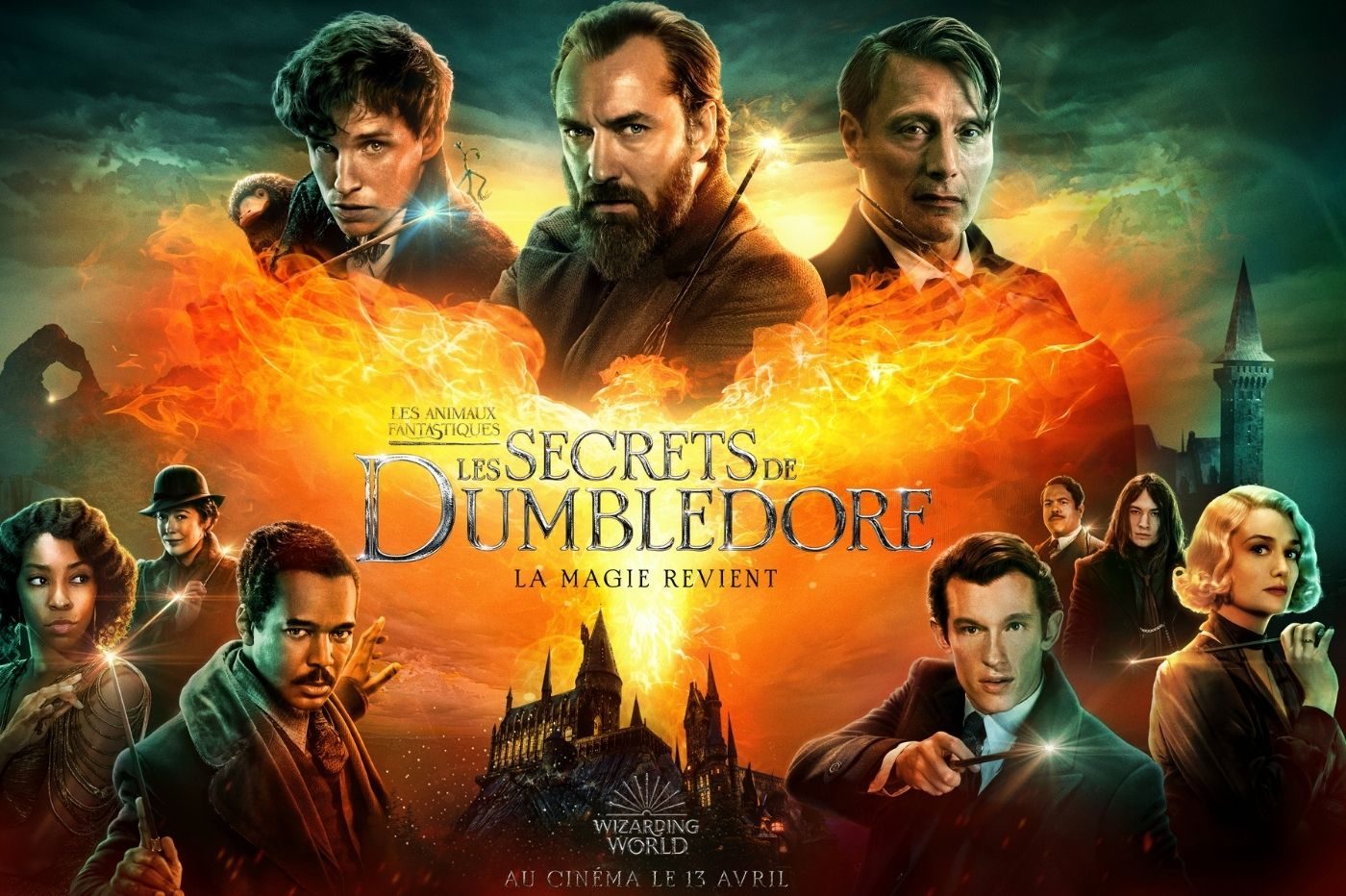 After two opuses with mixed success, Warner Bros is back with the Fantastic Beasts license. A return as expected as feared for fans of the little bespectacled wizard, who hope that this saga does not taint the previous one. Critical.

On its way to the dark rooms, the third part of the saga Fantastic Beasts had some twists and turns. The creative teams first had to deal with the departure, not voluntary, of Johnny Depp following disputes with the law and a case of domestic violence which opposes him to his ex-wife Amber Heard.

To avoid tarnishing the reputation of the universe, Warner Bros has therefore pushed the actor who camps Gellert Grindelwald towards the exit, to replace him with Mads Mikkelsen. Warner Bros also has to deal with JK Rowling’s transphobic outings, and might even want to cut ties with the novelist. The firm has already almost done so, carefully avoiding inviting her to the meeting that took place on HBO Max earlier this year.

And to darken the picture a little more, the reception reserved for the second part was more than mixed. After raising no less than $812.5 million at the box office for the first part, Warner Bros had to settle for some 654.9 million for The Crimes of Grindelwald.

Originally slated to last for five chapters, the franchise Fantastic Beasts could ultimately be stopped mid-flight. This third part therefore has the heavy task of closing the adventures of Norbert and his band, while leaving the door open to a sequel in the event of immense success.

This is the main criticism that we could address to the Fantastic Beasts second of the name. After a simplistic but delightful first opus, JK Rowling decides to prepare the final confrontation between Dumbledore and Grindelwald against a backdrop of political guerrilla warfare.

A rather interesting bias, but tainted by nebulous and convoluted sub-plots, which had left the spectators on the floor. This time, she no longer operates solo. The scenario of Dumbledore’s Secrets was written with four hands, with Steve Kloves.

This is not the first time that he has been involved in the saga, since he had participated in the writing of several opuses of the adventures of young Harry Potter. He therefore masters his subject perfectly, and we can hope that this is enough to make the narration more coherent.

And overall it’s better. David Yates’ film tackles the rise of sorcerer totalitarianism at the heart of an eminently political plot. Warner Bros has understood this, spectators and fervent admirers of Harry Potter have grown up, it’s time to spice things up with more mature themes.

Where it was the notion of destiny that was at the heart of the saga carried by Daniel Radcliffe, Fantastic Beasts attempt to explore the creation of evil and highlight the rise to power of the character that is Grindelwald. The second part had introduced this idea, this new chapter adds a little more density to it.

We thus find our heroes at the dawn of a crucial election for the wizarding world. All the countries of the confederation must vote for its president, and Gellert Grindelwald is running for the post. To succeed in establishing his domination and putting his plan into action, he is ready for anything. Dumbledore, who cannot confront him directly because of a blood pact, can therefore only count on his friends to put him out of harm’s way.

A narrative less parasitized by complex subplots, but which will tend to drag on a bit. The first minutes essentially consist of the formation of a team, which will be dispersed a few moments later to the four corners of the globe.

Dumbledore explains it very well, the best way to deal with Grindelwald is to play the confusion card. Failing to quite walk on the main interested party, it is the spectators who sometimes get lost in the limbo of the narration.

Like a first flight on a broomstick, Dumbledore’s Secrets sometimes take dangerous turns and narrowly miss the fall. Without saying too much about the story, we will simply say that the narrative shortcuts are numerous. Revelations that fall like hair on the Leaky Cauldron’s pea soup.

Add to that a rather sloppy conclusion, and you have a potion that is far from being so magical.

Over the years, Voldemort has established himself as a pop-culture icon in the same way as Sauron or Darth Vader in the licenses The Lord of the Rings and Star Wars. Not to play with fire too much, Warner Bros has wisely decided to exclude him from this new license and to focus on an enigmatic character mentioned briefly on paper and on screen.

To embody it, JK Rowling and David Yates first call on Johnny Depp. But the actor will be excluded from the project, as we said above. From now on, it is under the features of Mads Mikkelsen that we find him. Despite the complexity of his position, that of taking up the torch, the actor is doing well.

With great ease, he slips into the skin of this cold and calculating character without any false note. Still, he’s not helped by an uneven score. The story does not always manage to offer him the necessary density, thus making his presence on the screen less impactful.

The same goes for the exploration of his relationship with Dumbledore, confined to a few evocations of the past. An antagonist who is sorely lacking in scope, where Voldemort and his frightening face have traumatized generations of young spectators.

For the rest, the cast is doing admirably well. Eddie Redmayne is always brilliant in the skin of Norbert Dragonneau, a discreet and reserved character, who finds himself in spite of himself at the heart of a vast battle against the forces of evil. Nor can we forget Dan Fogler, projected into this fantastic and marvelous universe. Same story for Jude Law in the skin of Albus Dumbledore. Impeccable, it gives birth to the legend in front of the spectators delighted to see it approached from another angle.

Moreover, we regret that some protagonists have been unfairly relegated to the background, starting with Queenie whose career we were particularly passionate about in the second part. Even Ezra Miller, promised an important place in the rest of the story, finds himself a little neglected by it.

Visually, the saga Fantastic Beasts has nothing to envy to its big sister. Although darker, it is nevertheless populated with beautiful staging ideas. This third installment is no exception. Mirror dimensions, magical flights and epic battles, Dumbledore’s Secrets does not skimp on digital effects to feed his epic.

We abandon the greyish photography of the second opus a little, the saga finds colors. David Yates even gratifies us with some visual elements in reference to the Harry Potter saga, cameras crossing the stained glass windows of Hogwarts, no doubt, we are at home.

Still, sometimes the imagery lacks breadth, and not all sets are created equal. If we take pleasure in exploring the austere architecture of Germany at the end of the 20s, it is much less brilliant when we go to Bhutan. An atmosphere that is too ashy and monotonous. It’s too bleak to quite convince us.

We will end with the musical score of James Newton Howard, a true madeleine of Proust for aficionados of the license. The composer infuses his music with a few references to the mythical themes of John Williams, while infusing it with a tone that is sometimes epic, sometimes more dramatic. A treat for the ears, to be savored without moderation like a Honeydukes treat.

Without being quite up to our expectations, probably too high, Fantastic Beasts 3 turns out to be a passable conclusion to the adventures of the endearing Norbert Scamander. Conclusion ? Warner Bros maintains the mystery on a potential fourth opus. If there is still room to push for another installment, the studios have made sure to close the loop in the event of commercial failure.

Dumbledore’s Secrets will probably not revive the saga from its ashes, but manages to offer a satisfactory conclusion to the adventures of Norbert Scamander and his gang. However, Fantastic Beasts will probably not be remembered, as if a spell of oblivion had been cast on the spectators. 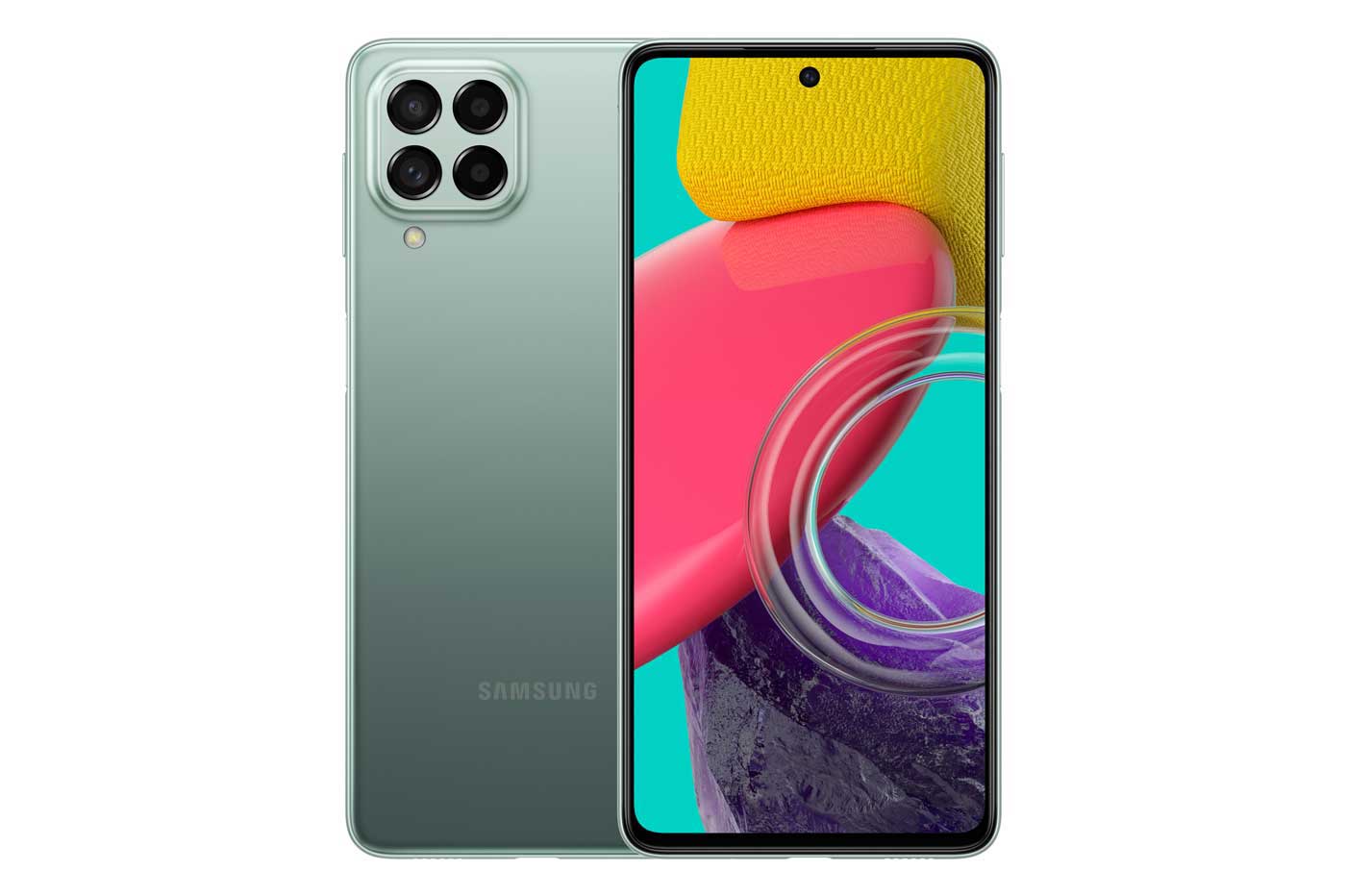 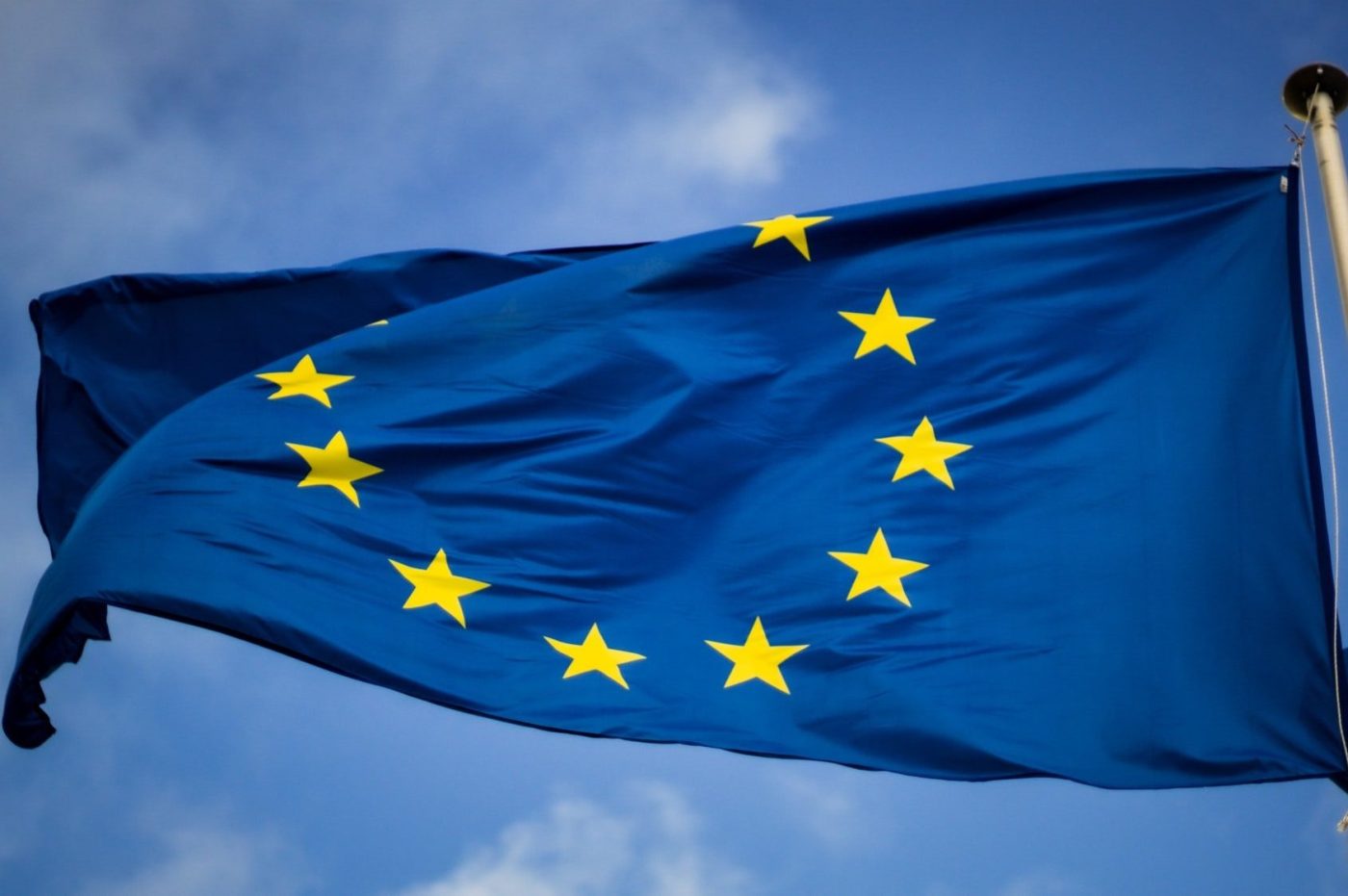 Europe wants to fight against child pornography, even if it means giving up on privacy 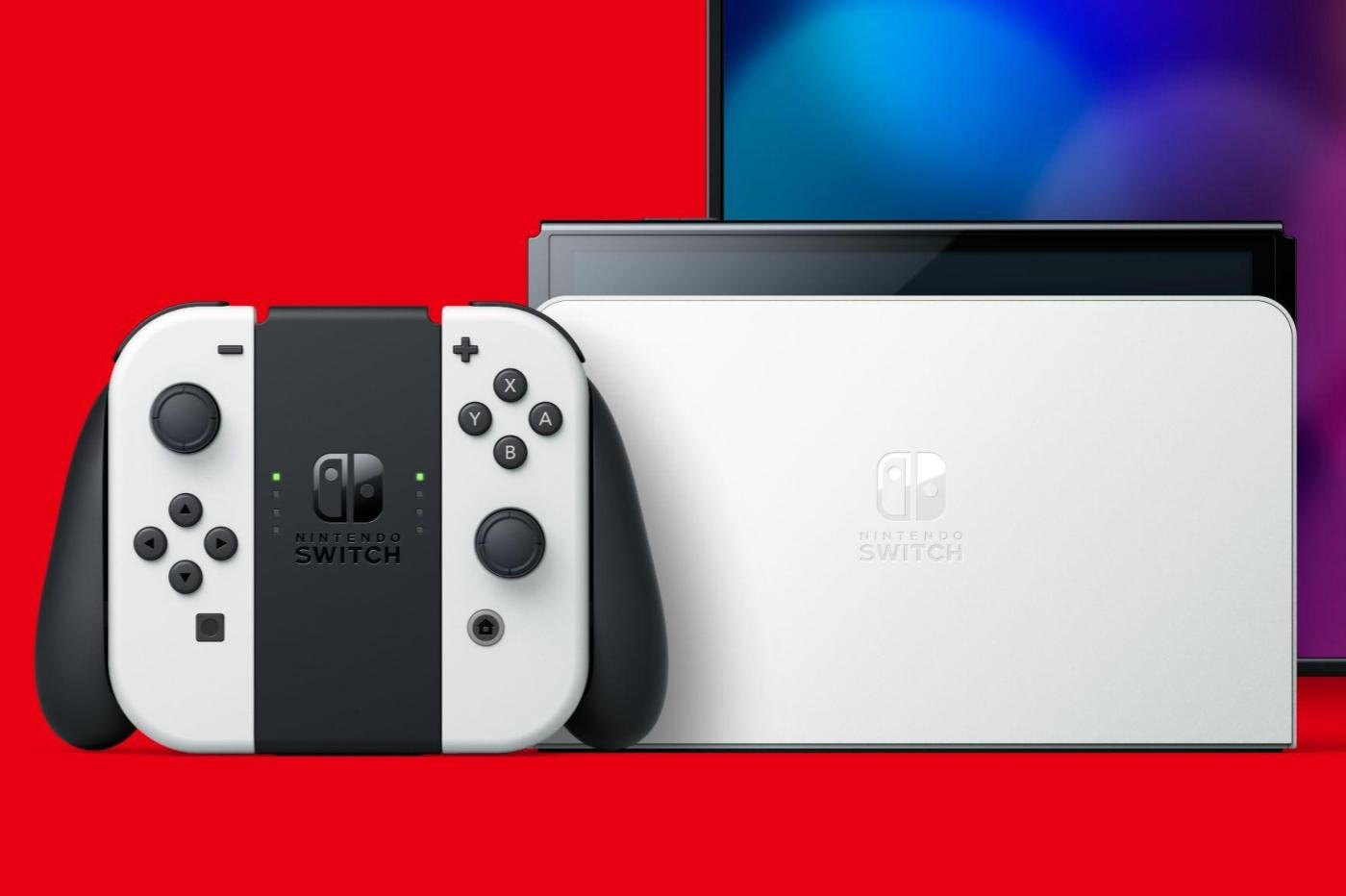